Company Culture V Team Culture — what culture type are you? 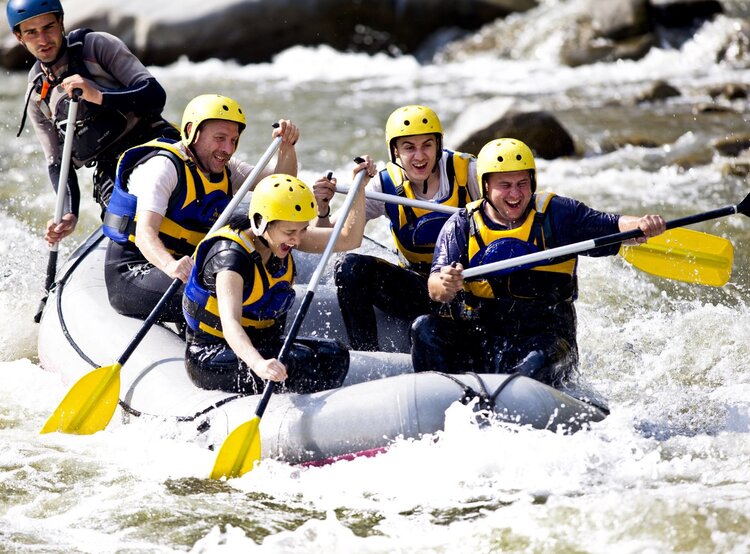 Company Culture V Team Culture — what culture type are you?

This is part 2 of a 3-part series of articles on the topic of improving engagement between job seekers, including students, recent graduates, those already in the workforce, and employers.

In our previous article we touched on team culture as an important secondary decisive factor for job seekers. Being a close second, it is a factor that is ignored at your peril. However, the key which some may have missed is the term ‘Team’ culture.

In conversation, brand presence and company literature the term is usually ‘company’.

The latter I tend to find misleading. Often when looking at a company and each of its working parts, you can see that through functionality at least, there is a difference. This functionality breeds a culture of its own. For example, the culture difference between the sales team and the finance team via function should and could be polar opposites.

Then you have the individuals that make up that team or department. No two finance teams are entirely identical. This is because there are different people, with different personalities, different interests and at different stages of their career.

There are many more variables that come into play, but one that is often played down or overlooked is the management of the team. The manager has a massive influence on the day-to-day running of the department, how satisfied people are with what they are doing, their enjoyment level, and engagement level. A lot has been said about the importance of a leader versus a manager and that debate is particularly relevant here.

The reason why this is often overlooked is that managers report what they need to directors and directors use this information as a gauge of ‘company culture’. However, with information omitted and with the inevitable bias of self-preservation, there often are discrepancies with reality. Thus when ‘company culture’ is cited, the ‘team culture’ can have a vastly different look and feel to it.

As a job seeker, if company culture is important to you, you should reframe this as team culture. You need to establish ‘exactly’ what the day-to-day environment is like working within the team or department you are likely to join. You can do this by:

2.Meeting the manager (separate from above)

3.Ask if the team culture matches the company culture and how do they know this to be true?

4.How the role you are interviewing for came about?

5.Ask your recruiter if they have placed someone else in the same team?

6.What is the turnover of the team?

7.What is done and when to build the team culture?

8.Ask for a working trial (both ways)

9.Do they have a confidential feedback system in place?

10.A tour of the office will also provide a quick snapshot of life there.

There is much research into categorising culture for suitability purposes. Atlassian investigated the future of work and have probably created the most pragmatic compartments:

Have you heard people refer to their co-workers as their family? That is an indication that they are working in a clan culture (also called a “collaborate culture”), where there is a lot of emphasis placed on teamwork and togetherness.

Rooted in the word ad hoc, this type of culture lives by a “move fast and break things” philosophy that has been popular among a lot of start-ups. You might also hear it referred to as the “create culture.”

A market culture is also called a “compete culture,” because the emphasis is placed on results. To put it simply, people want to win and accomplish what they set out to do.

A hierarchy culture (also known as a “control culture”) applies to work environments that are more structured and process-oriented. Most activities and decisions are dictated by existing procedures, rather than innovation and freethinking.

Asking potential employers about their team culture, it may be prudent to go in armed with these 4 types to help you determine which they are and if that suits you.

To summarise the importance of culture, I came across this wonderful quote. According to Frances Frei and Anne Morriss at Harvard Business Review:

“Culture guides discretionary behaviour and it picks up where the employee handbook leaves off. Culture tells us how to respond to an unprecedented service request. It tells us whether to risk telling our bosses about our new ideas, and whether to surface or hide problems. Employees make hundreds of decisions on their own every day, and culture is our guide. Culture tells us what to do when the CEO isn’t in the room, which is of course most of the time.”

For students, find a role on Ribit.net to kick start your career with a paid role relevant to your studies. For talent already in the workforce, we are always happy to help tom@purplepatchconsulting.com.

This is part 2 of a 3-part series of articles on the topic of improving engagement between job seekers, including students, recent graduates, those already in the workforce, and employers. To read the first instalment, ‘To Hire Successfully, Companies Should Meet Job Seeker Needs‘ click here.